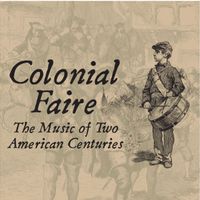 Traditional
Shenandoah is a traditional American folk song of uncertain origin. Most likely originating with Canadian and US voyageurs or fur traders traveling the Missouri River in canoes. This boatmen's song found its way down the Mississippi River to American clipper ships, and thus around the world. The title and some lyrics may refer to the Oneida Iroquois chief Shenandoah (1710–1816), who led a force of 250 Oneida and Tuscarora warriors in support of the American Revolution and co-founded the Oneida Academy (now Hamilton College) in Clinton, New York.